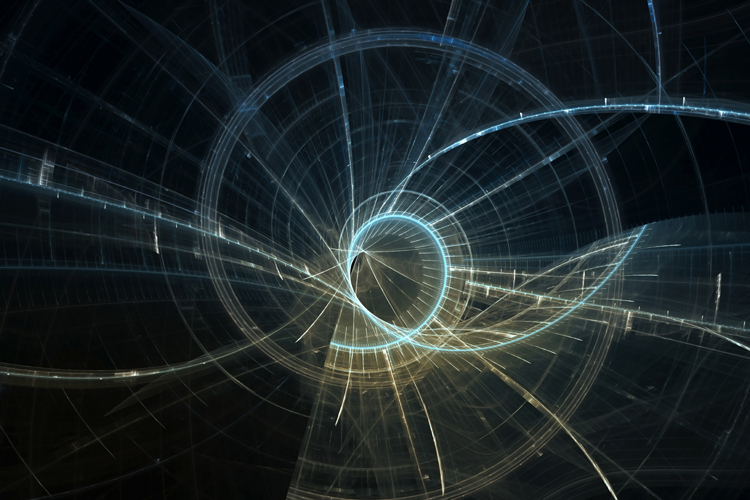 Their work focuses on complex dynamical systems whose statistical behaviour can be explained in terms of a superposition of simpler underlying dynamics.

They found that the combination of two cornerstones of contemporary physics, namely Einstein’s special relativity and quantum-mechanical dynamics, is mathematically identical to a complex dynamical system described by two interlocked processes operating at different energy scales.

The combined dynamic obeys Einstein’s special relativity even though neither of the two underlying dynamics does. This implies that Einstein’s special relativity might well be an emergent concept and suggests that it would be worthwhile to further develop Einstein’s insights to take into account the quantum structure of space and time (post). To model the double process in question, the authors consider quantum mechanical dynamics in a background space consisting of a number of small crystal-like domains varying in size and composition, known as polycrystalline space. There, particles exhibit an analogous motion to pollen grains in water, referred to as Brownian motion. The observed relativistic dynamics then comes solely from a particular grain distribution in the polycrystalline space. In the cosmological context such distribution might form during the early Universe’s formation. Finally, the authors’ new interpretation focuses on the interaction of a quantum particle with gravity, that, according to Einstein’s general relativity, can be understood as propagation in curved space-time. The non-existence of the relativistic dynamics on the basic level of the description leads to a natural mechanism for the formation of asymmetry between particles and anti-particles. When coupled with an inflationary cosmology, the authors’ approach predicts that a charge asymmetry should have been produced at ultra-minute fractions of seconds after the Big Bang. This prediction is in agreement with constraints born out of recent cosmological observations.