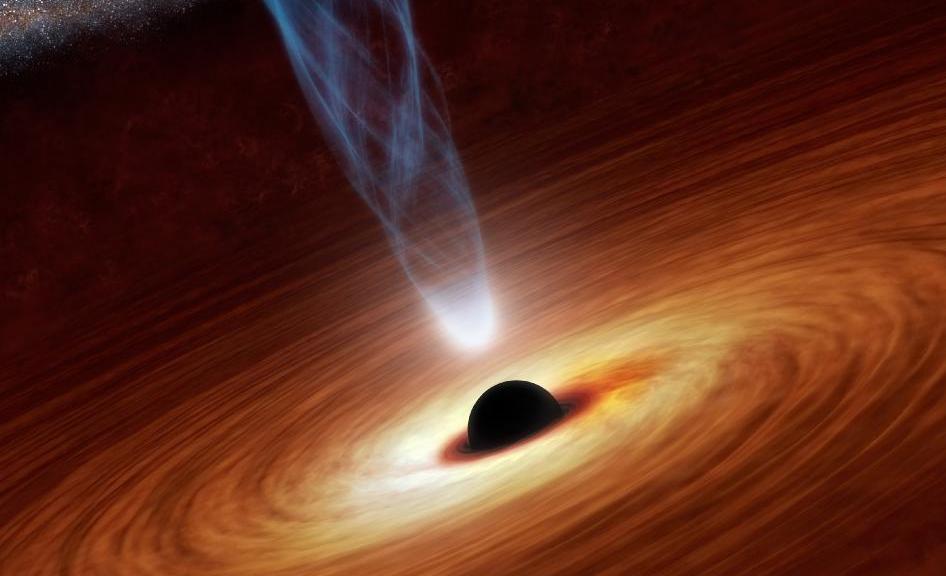 The current thinking regarding black holes is that they have two very simple parts, an event horizon and a singularity. Because a probe cannot be sent inside a black hole to see what is truly going on, researchers have to rely on theories. The singularity theory suffers from what has come to be known as the “information paradox“, black holes appear to destroy information, which would seem to violate the rules of general relativity, because they follow rules of quantum mechanics instead. This paradox has left deep thinking physicists such as Stephen Hawking uneasy, so much so that he and others have begun offering alternatives or amendments to existing theories. In this new effort, a pair of physicists suggest the idea of a Planck star. The idea of a Planck star has its origins with an argument to the Big Bang theory, this other idea holds that when the inevitable Big Crunch comes, instead of forming a singularity, something just a little more tangible will result, something on the Planck scale. And when that happens, a bounce will occur, causing the Universe to expand again, and then to collapse again and so on forever back and forth.

Rovelli and Vidotto wonder why this couldn’t be the case with black holes as well, instead of a singularity at its center, there could be a Planck structure, a star, which would allow for general relativity to come back into play.

If this were the case, then a black hole could slowly over time lose mass due to Hawking Radiation, as the black hole contracted, the Planck star inside would grow bigger as information was absorbed. Eventually, the star would meet the event horizon and the black hole would dematerialize in an instant as all the information it had ever sucked in was cast out into the Universe. This new idea by Rovelli and Vidotto will undoubtedly undergo close scrutiny in the astrophysicist community likely culminating in debate amongst those who find the idea of a Planck star an answer to the information paradox and those who find the entire idea implausible.